Hello everyone –  This the first of what we hope will be an ongoing, regular update,  a bit about us, a bit about the area and little extras depending on our news and what’s going on.

Firstly a little bit about where we are now.  Its been a long ten months – like everyone it’s been full of stop-start-stop-start.  Maybe things are turning a corner since the vaccine roll out.  Hopefully by early summer enough people will have been protected to make it safe to open as we used to.  Remember those days? when we had a full dining room and we aren’t rushing people out because their 45 minute slot has finished.

We’ve had to adapt like everyone.  Some things were  easy to do; such as hand sanitizers and PPE other things required a little more thought.  How were we going to serve breakfast? 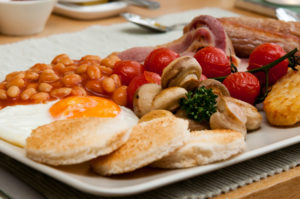 Our breakfasts have long been the flagship of what we do.  The dining room was often filled with chatting guests getting to know each other and comparing notes on what they were going to do or had done.  It was joyous!  We were juggling with guidelines between different countries, tiers and the immediate area – trying to figure out in simple language what exactly we were allowed to do.   Very quickly we realised that we couldn’t use the dining room any longer.  When July came and we were actually allowed to re-open, guests had to either eat breakfast in their rooms or have their breakfast in the garden.

Both options were difficult for us to be honest.  Carrying multiple trays up flights of stairs; trying to open heavy fire doors with one hand and squeeze through with a full tray before it slammed behind us was an acquired skill.  Yes there were a few casualties along the way and initially there was more tea swimming around the tray than was actually in the teapot!  Some guests opted for breakfast outside, and whilst the weather was good this option worked really well.  Moli the dog quite enjoyed this option too as did the various cats.  But as we know the weather in Wales is nothing if not unpredictable!  The number of times guests could actually enjoy breakfast outside was quite limited!

Eating in the guests’ room meant that when it came to cleaning we were removing tomato sauce stains from the walls, chairs, carpets and duvets! This was on top of the additional cleaning we were already carrying out – it wasn’t fun at all.  We quickly had to adapt our menu choices so that those eating in their rooms had ‘less messy’ options.

August arrived as did ‘Eat out to help Out’ – this meant a massive boom in people wanting to go on holiday and take advantage of the offer.  We have never been so full – but one big change was that we were now able to use the dining room –  finally!  We gave guests the option of eating out in the garden, eating in their rooms or using the ‘breakfast room’.  We could only allow one couple to use the room at a time – at designated tables and at designated times.  This worked quite well, the biggest issue being either guests turning up late for their ‘slot’ or lingering too long so we had the next scheduled guests waiting at the door.  Forty five minutes should be long enough to eat your breakfast but when you have traditionally allowed guests to take as long as they needed I found this aspect particularly hard.

We also had to remove all the self serve buffet options and whilst we had been moving towards removing as much plastic as possible – suddenly everything had to go back to being individually portioned out and covered up.  Nothing could be left out for communal use.  Every bottle of ketchup had to be sanitized between each guest, every door handle wiped down, sugar went back to being in sachets and our fruit buffet had to go! 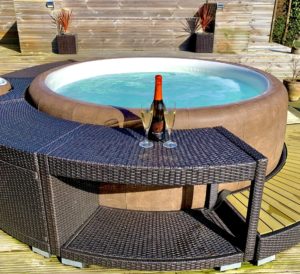 The hot tub was the next casualty.  We had to keep it out of use – whilst guidelines were quite clear about hot tubs within spa’s and leisure outlets it didn’t make clear at all whether we could make use of ours in an outdoor setting.  We had to err on the side of caution and take it out of use. We also had to remove all magazines, DVD’s and books that we had traditionally left out for guests to use.

By September the virus was kicking off again and very quickly bookings disappeared overnight.  What happened in England affected what happened to us – so tier restrictions in England meant that our guests couldn’t travel.  Even when Wales was open, travel within Wales was restricted to the immediate area or to the border. It became difficult to ignore the risks by encouraging visitors to come to the area and it wasn’t fair to do this in such a small community area.  By the end of September we decided to close the B&B.

It was not all doom and gloom – I had an unexpected phone call to  see whether I would like to have my long awaited knee replacement (in and out same day) and I grabbed the chance.  The timing to be honest was ideal.  I had a few weeks sat on the sofa being waited on before Christmas arrived.

So as i write this in early February 2021 I am waiting to hear what Mark Drakeford (our First Minister) is going to say in his announcement today.  Despite the infection rate falling, I cannot see them wanting to reopen everything too quickly.  The virus has not gone away – it’s just waiting for people to ‘come out and play’. I think we will be waiting for the vaccine to have its impact, but does that mean waiting for all age groups to be protected?  We will have to trust in the scientists and just hope that the government listens to them this time.

We are getting ourselves ready to open.  Maintenance is happening, walls are being painted, the garden is being developed in small areas, scaffolding will be going up soon to repair (for about the fifth time) a leaking chimney – all this will be done in the next few weeks with an aim to open end of March – hopefully for Easter.  I am keeping absolutely everything crossed for this but we have to carrying on adapting if we can’t. It will be nice to get back to the time when I could shake hands with guests on arrival and a quick hug when they left.  Hopefully soon.

Hello everyone –  This the first of what we hope will be an ongoing, regular update,  a bit about us, a bit about the area 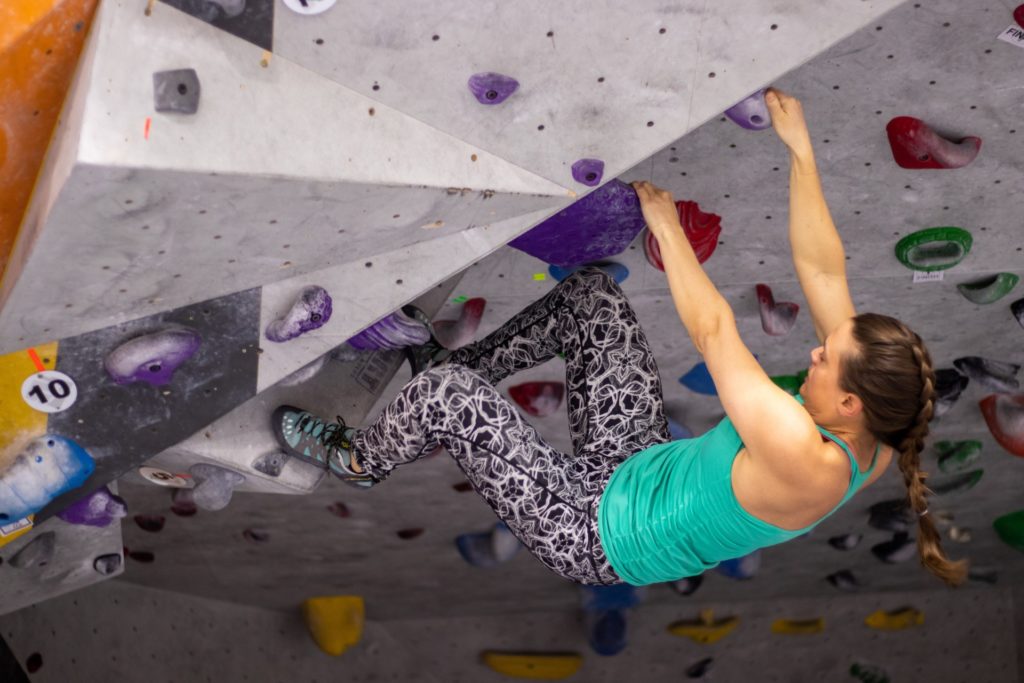 Early check in or late check out, Best prices given to direct bookings through this website.
Please enquire regarding discount codes.

This website uses cookies to improve your experience while you navigate through the website. Out of these cookies, the cookies that are categorized as necessary are stored on your browser as they are essential for the working of basic functionalities of the website. We also use third-party cookies that help us analyze and understand how you use this website. These cookies will be stored in your browser only with your consent. You also have the option to opt-out of these cookies. But opting out of some of these cookies may have an effect on your browsing experience.
Necessary Always Enabled
Necessary cookies are absolutely essential for the website to function properly. This category only includes cookies that ensures basic functionalities and security features of the website. These cookies do not store any personal information.
Non-necessary
Any cookies that may not be particularly necessary for the website to function and is used specifically to collect user personal data via analytics, ads, other embedded contents are termed as non-necessary cookies. It is mandatory to procure user consent prior to running these cookies on your website.
SAVE & ACCEPT